“What we feel shapes what we believe. What if we could feel the future before it arrives?”

So reads the back cover of new fiction book ‘Mage’ written by sustainability professional, post-growth advocate and Adelaide local Sharon Ede. In this penultimate episode of the second season of PGAP, Sharon tells us why fiction, story-telling and emotional resonance are essential communications tools for the environmental movement to engage with the broader community. Providing facts and figures to rally the troops over large-scale existential crises has so far failed to work. Engaging people emotionally through storytelling and providing a ripping yarn just might be the missing link. Mage is definitely this kind of book and hopefully this interview will convince you to add 'Mage' to your post-growth library. I have not come across much post-growth fiction in my travels. Up until a few years ago, the 1970s novel ‘Ecotopia’ provided a fascinating day-to-day account on how a more ecocentric society might operate on the west coast of the USA. Unfortunately, the book is starting to show its age somewhat in some of its social justice attitudes when looked back through the lens of the 21st century. A much more up to date fictional account of a post-growth society can be found in the 2013 novel ‘Entropia’ by Dr Samuel Alexander. At a seminar at the 2019 Earth Ethics conference in Melbourne, Dr Alexander shared with attendees the importance for story-telling and art to carry the environmental message to the broader world.

In fact, the music project ‘Mortimer's Method’ took this idea of art as education a step further by putting samples from the audio-book of 'Entropia' to modern music. An extract of the track 'How Now Shall We Live' is provided at the end of the episode. 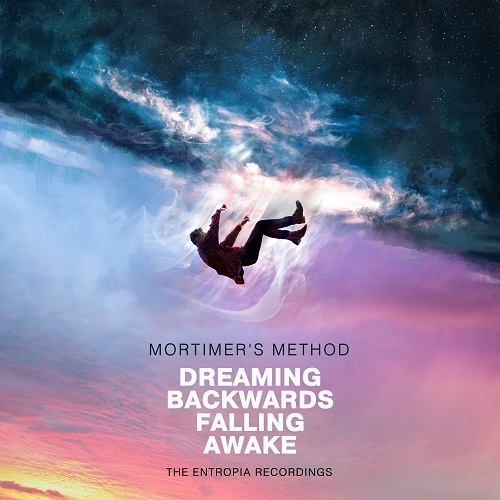 ‘Mage’ joins this pantheon and yet Sharon Ede goes beyond utopian society fiction and casts a much broader net with her new novel. Spanning the continents between Adelaide, Venice and the Arctic, Mage brings together many of the ideas and innovations that Sharon has picked up through her years as an environmental and Post-Growth advocate. It is a ripping epic of a yarn, worthy of comparisons to Dan Brown, Tim Powers or even an episode of Doctor Who.

This episode was recorded, once more, on site at Christie Walk eco-development in Central Adelaide. In fact, it was recorded on the same evening as my interview with Sue Gilbey and Mark Allen in the previous episode of PGAP! So thank you to Christie Walk for providing the venue and Sue for providing the recording technology. Sue and Mark stayed around for the interview, so on occasion they can be heard in the background during the interview.

It has been a pleasure to spend some time in Adelaide and to interview the post-growth movers and shakers who call this fine part of the world home. So it is with slight sadness on my part that this is not only the penultimate episode of The Adelaide series of interviews, but also the penultimate episode of the second series of PGAP. The second season of PGAP has been an epic travelogue almost worthy of ‘Mage’ including on site interviews from Northern Rivers to Adelaide and just about everywhere in between. It has been an incredible ride and thank you all for listening and travelling with me on this journey of discovery.

** Too much Post-Growth barely enough? Here are some links to further occupy your time. Thank me later!**

Want to find out more about Sharon and her extensive work outside of writing great fiction? Make a good start here

I mentioned Dr Michelle Maloney and the Earth Ethics conference of 2019. Michelle and her work with Australian Earth Law Alliance (AELA) and New Economy Network Australia (NENA) were interviewed for PGAP here

Sharon was a founding member of the Post Growth Institute. PGI's Robert Wanalo was interviewed in PGAP season 1 here

The ABC article I referred to in the intro for this episode was titled "Sustainable development won't solve environmental crises, say these experts. It's simpler than that"